Here at Token Metrics, we understand that our most valuable asset is you, our audience.

With your help, we have put together a guide to the Top 3 Stablecoins of 2020, as voted upon by you.

So sit back, relax, and enjoy the Moon Awards.

With the rise of cryptocurrencies such as Bitcoin, blockchain has now become widely recognized as the currency of the future as more people become disenfranchised with fiat money.

Many investors looking for a more stable asset, though, can be turned off by Cryptocurrencies such as Bitcoin and Ethereum as they are known to fluctuate in price and be quite volatile.

Stablecoins are the perfect compromise for those investors as they are a type of cryptocurrency that is immune to the high volatility found in Bitcoin and Ethereum.

The values of stablecoins are pegged to real-world assets such as the US dollar, gold, or oil, which allows them to experience the benefits of cryptocurrencies without the high volatility. 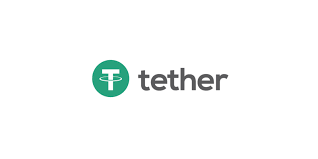 “Despite the scandals that Tether has been through, it’s still the number one stablecoin based on market cap and cash inflows.” – Ian Balina, Founder and CEO of Token Metrics

With an overwhelming 63% of the vote, Tether comes in as the clear leader in stablecoins.

These results come as no surprise as Tether is currently the most widely used and adopted stablecoin in the cryptocurrency market.

Tether began trading in the cryptocurrency market in 2015, and its value is pegged to the US dollar in a 1:1 ratio.

This valuation means that 1 USDT is equal to 1 US Dollar.

Tether is also a fiat-collateralized stablecoin as fiat currency held in Tether’s reserve supports the value of the USDT.

Tether is also committed to transparency as being a fiat-collateralized cryptocurrency means that for every USDT in circulation, there is a real fiat currency being held in a bank account to back it up.

To ensure transparency on this issue and to combat claims of being under-reserved, Tether claims to publish the value of their reserves daily through their website.

There is still room to be skeptical, though, as an outside firm has not verified their funds since June of 2018.

“DAI is the number one decentralized stablecoin and leads the DeFi movement.” – Ian Balina, Founder and CEO of Token Metrics

Coming in at a strong 2nd place is the stablecoin DAI.

Launched by the decentralized, independent organization known as MakerDAO in early 2017, DAI is pegged to the US dollar, much like Tether.

What makes DAI a different stablecoin than Tether is that the US dollar does not back it; it is just pegged to it.

DAI is instead a crypto-collateralized stablecoin, which means that another cryptocurrency backs it.

In the case of DAI, that cryptocurrency is Ethereum (ETH) or Basic Attention Token (BAT).

By being a crypto-collateralized stablecoin, DAI reinforces the decentralized nature of cryptocurrency.

Reserve is a stablecoin that is still in the beginning stages of cryptocurrency but looks to have a very promising future.

The Reserve Project is currently in the testing stages of their cryptocurrency.

In this stage, Reserve is actively working with a self-described “international coalition of nations” to determine the best way forward in the cryptocurrency market.

Reserve’s design serves to solve currency issues that many of the nations in the coalition, such as Venezuela, face.

Like many other stablecoins, Reserve is currently backed and pegged to the US dollar, but it intends to go off of this peg.

Reserve is designed this way as the project’s goal is to have cryptocurrency create a new asset class that is equally stable to fiat currency in the short run, and much more stable in the long term.

Another benefit of Reserve is its perception as a serious competitor to Facebook’s Libra.

Reserve is fiat-collateralized stablecoin that is seen as far more transparent and decentralized than Facebook’s Libra cryptocurrency.

“Facebook Libra is the giant in the room all the stablecoins are watching. Libra’s reception after launch will be felt directly and indirectly by all stablecoins.” – Ian Balina, Founder and CEO of Token Metrics

Although Facebook’s Libra did not find its way into the Top 3 Stablecoin List, we felt that it is still worthy enough to receive an honorable mention.

Libra is a new type of stablecoin cryptocurrency proposed by the social media giant Facebook.

The only thing released by Libra has been basic experimental codes.

Facebook designed Libra to be a stablecoin, but it will be a very different type of stablecoin.

Instead of being pegged to one specific asset or currency like most other stablecoins, Facebook states that Libra will be pegged to “a group of low-volatility assets, including bank deposits and government securities” in multiple currencies.

Like many other stablecoins and cryptocurrencies, the goal of Facebook’s Libra is to be more useful than any national currency in circulation.

What makes the Libra stablecoin so intriguing is that Facebook already has the vast global reach and influence needed to make this a reality.

Libra just needs to overcome its launch hurdles so that the world can see if Facebook’s reach can expand to the cryptocurrency market as well. 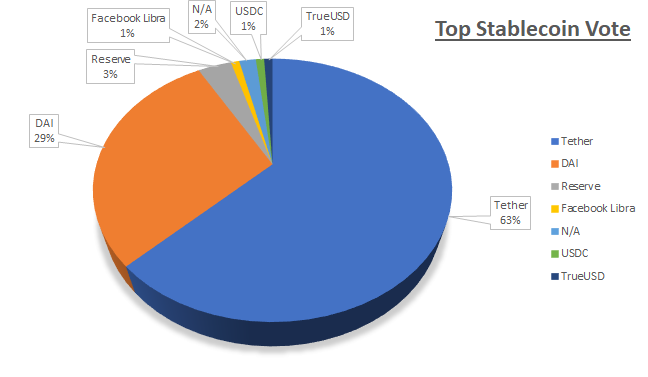 Not yet a member of Token Metrics?

Start your 7-Day trial today by following this link for 10% off!

Zac started his career in professional hockey. After discovering crypto, Zac moved from being a hard-hitting hockey player to a financial professional. Zac started his journey into the financial world by joining the marketing department at Token Metrics and is currently the Senior Marketing & Brand Strategist for the company.