Why are Layer 0s Necessary?

The short and simple answer is that Layer 1 protocols have limitations and Layer 0 fixes them.

The first limitation is scaling: dApps built on top of Proof-of-Work Layer 1 protocols have to compete for the blockchain’s resources and this causes slower transaction speeds.

The second limitation is usability: developers on Layer 1 protocols have to make compromises on the design and efficiency of their dApps. They must do so because the underlying Layer 1 protocol is optimized for the average use case rather than the developer’s use case. Developers also are limited to a few programming languages. Upgrading conventional Layer 1s requires forking the network, often taking months of work, and particularly contentious hard forks can break apart a community.

By allowing for the creation of customized blockchains, Layer 0s let developers build blockchain protocols to their exact specifications. Developers can decide whether the blockchain has staking, on-chain or off-chain governance, communication with other blockchains, and slashings. They can choose whether they want more security by trading off some decentralization or more scalability by trading off some security and decentralization. Through cross-chain interoperability, Layer 1s can communicate with each other allowing for trust-free interchain transact-ability and pooled security.

Layer 0 protocols have almost unlimited use cases. They can be used for whatever the programmer has in mind, whether that is data validation, digital currency wrapping, minting cryptocurrencies, or building blockchains.

The two most prominent Layer 0 blockchain protocols are Cosmos and Polkadot:

Cosmos describes itself as “a decentralized network of independent parallel blockchains, each powered by Byzantine Fault-Tolerance consensus algorithms, which guarantees safety for up to a third of Byzantine, or malicious, actors.” Cosmos wants to create an “Internet of Blockchain” where blockchains built using its open-source tools Tendermint, Cosmos SDK, and IBC can communicate with each other. Many well-known projects like Binance Chain, Crypto.com, Terra, and Polygon have created blockchains using Cosmos and are interoperable through Cosmos’s ecosystem. Cosmos’s native token $ATOM is used as a spam-prevention mechanism, for staking (securing the blockchain), and for the governance of the Cosmos Hub.

Polkadot describes itself as “a next-generation blockchain protocol that unites an entire network of purpose-built blockchains, allowing them to operate seamlessly together at scale.” Polkadot utilizes blockchain shards called parachains and parathreads, sovereign blockchains, which connect to and are secured by the Polkadot Relay Chain. Polkadot’s bridges allow these parachains and parathreads to connect to and communicate with external networks like Ethereum and Bitcoin. By using Polkadot’s Substrate framework, anyone can build an application-specific Polkadot parachain. Many well-known projects like Moonbeam, Efinity, and Acala have created blockchains using Polkadot and are interoperable through Polkadot’s ecosystem. Polkadot’s native token $DOT has multiple use cases including governance, staking (securing the blockchain), and bonding (auction for parachains & parathreads). 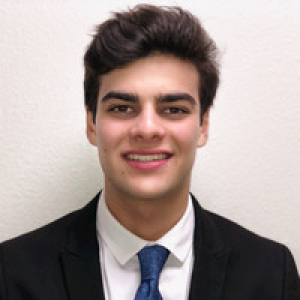